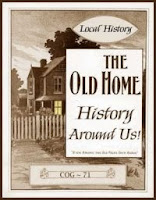 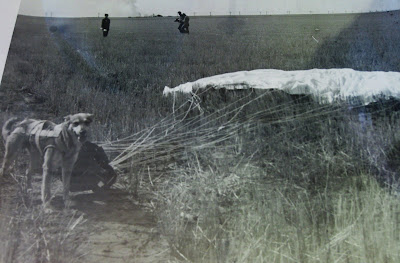 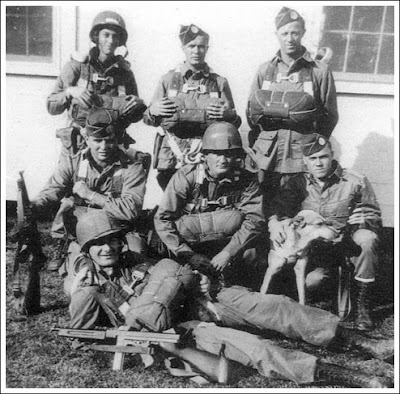 Down from the heavens he gracefully soared, all fours extended for a soft landing. Sergeant Geronimo the parachuting war dog of WW II was master of his trade. Named for the famous "jump shout" of the paratroopers, he did his job as well as any proud soldier of the 507th.

During the month of June 1942, Alliance, Nebraska was authorized as a new site for establishment of an Army Air Base. The unique Sandhills area just east of Alliance were considered ideal for softer landings and as a good training area for paratrooper's jump training. The base was ultimately used to train paratroopers, glider and C-47 pilots. Within a few short months an entire military community sprang up about 3 miles east of town, eventually raising the combined total population of the once small community to close to 20,000. Helping to build the base was a great undertaking by the small agricultural community. The entire base was built from the ground up wth over 775 buildings being erected. The base became a functioning city of its own and became the largest air field in the state of Nebraska. The landing strips still serve this community and are to this day some of the longest of their kind in the United States. At its height in 1943 more than 14,000 paratroop infantry men were training here. One of the best known of these soldiers was "Geronimo", the Sergeant canine who was a member of the 507th Paratroop Infantry Regiment. He was the mascot of the 507th and their jumping partner.

Geronimo was believed to have been part coyote, part German Shepard, and he had been picked up as a stray by Kenneth Williams who was a soldier with the 507th. The men trained the dog to jump from the airplanes and he had his own special parachute and beautiful canine "coat" which sported his Sergeant stripes. It has been said that he came to love jumping and often had to be restrained from leaping out of the airplanes too soon!

The canine was actually trained and used in demolition work during the war. Starting early in 1943 when the 507th began training here at the Alliance Base, Geronimo made several appearances as a paratrooper. He made jumps from Omaha throughout Nebraska and even over Denver, Colorado. His exhibition jumps thrilled audiences when ever he performed. During a large ceremony in Alliance in 1943 he performed for what was thought to be nearly 60,000 people who had gathered for a parade and to watch the paratroopers. At Denver he performed for well over 100,000 spectators. Sergeant Geronimo was featured in many magazine and newspaper articles of the day, including a great layout in "Life" magazine which I am lucky enough to own along with some other nice momentos of his life. Over his great but short lived career, the Army figured that the public popularity of the war dog had helped to raise millions of additional dollars in war bonds.

My uncle was Brigadier General Maurice M. Beach and he was, in 1943, the Colonel and Commander of the 53rd Troop Carrier Wing which was stationed in Alliance at the Air Base. His men trained with the paratroopers and gliders in preparation for what was to become the invasion at Normandy, France. He had many photos which were taken at the base and had told us stories about Geronimo. You can read more about General Beach and the 53rd Troop Carrier Wing on one of my earlier posts. The 507th Paratroop Infantry Regiment deployed to Europe shortly after leaving Alliance and became an integral part of the Normandy invasion forces.

The war dog Geronimo, was considered a hero by all of his fellow soldiers when he helped to save the life of his friend Kenneth Williams when Kenneth was injured badly on maneuvers to destroy a bridge. He alerted his fellow paratroopers who came to the aid of soldier Williams. After nearly a year, Kenneth Williams recovered from his injuries and both he and Geronimo were given honorable discharges. They retired to the Denver Colorado area together.

Geronimo was tragically killed by a hit and run driver in 1947 when he got out of the yard of his home. He is buried in the Denver Pet Cemetery in Commerce City, Colorado. Over the years since then, two markers have been erected as memorials to the brave canine by subsequent members of the 507th Paratroop Infantry Regiment. His grave site may be visited by the public. I am proud that Geronimo was part of the history of my home town- Alliance, Nebraska.

I dedicate this article about Geronimo who was a special character in my local history to our precious "Macey Girl" who we lost recently. Most families have been touched by a special canine at one time or another. Some were WAR HEROES like Geronimo, some were awesome service dogs, and some were just beloved family pets like our Macey, but "family members" in any shape or form can be included in a genealogists prized collection of treasures.
Posted by Cheri Hopkins aka You Go Genealogy Girl #2 at 7:33 AM 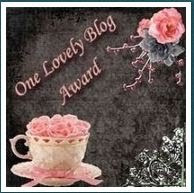 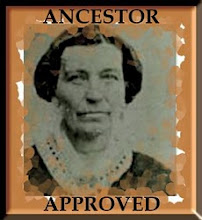 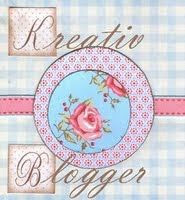 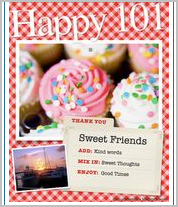